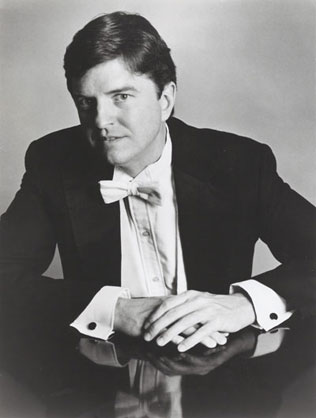 Robert Swan is a successful concert pianist, whose artistry has created an internationally renowned career, bypassing the traditional competition circuit. Even before his solo recital debut in Alice Tully Hall at Lincoln Center in New York City and London's Wigmore Hall, he was performing throughout the United States as recitalist and soloist with major orchestras.  In all, he has performed 22 different concerti.  He has performed across America, at The White House, and in England, Taiwan, and Korea.

In its review of Mr. Swan's Rachmaninoff Third Concerto, the Staten Island Advance, New York said: "Swan astounded virtually everyone … with his powerful, often electrifying and surely dazzling display of virtuosity required. As powerful as the big moments were, however, the filigree was artfully displayed, all within a grand scope which resulted in a commanding declaration."
Park Ave Social Review wrote "Great brilliance, sensitivity, grace and strength."

"Considerable power…nobly expressive," wrote the Daily Telegraph, London.  The London Times called him "A performer of boldness and strength."  Pueblo Chieftain, Colorado "Robert Swan is a remarkably perceptive pianist who grasps the intent of the Romantic composers and brings to his performance a fine balance of masculinity and sensitivity.  His projection is imposing and sophisticated." Grants Pass Courier, Oregon wrote: "After intermission Swan played the Don Juan Fantasy, holding his audience in spellbound silence that erupted in applause and a standing ovation."

Eugene Register Guard, Oregon wrote: "Robert Swan is a pianist with sensational technique. He is an immensely talented artist with temperament and intelligence. The concert was a stirring, delightful performance. Swan is a first-rate, forceful musician with an attractive range of dynamics and a lucid, well-disciplined touch. The cadenza of the Brahms Concerto (D Minor) was one of the finest this reviewer has ever enjoyed." While on a tour in Taiwan, Mr. Swan became the first American pianist ever to perform the Gershwin Piano Concerto over China Television Service.

Mr. Swan was born in Huntingdon, Pennsylvania, and began his piano studies at age 5. As an early teenager, he gave his orchestral debut with the Juniata College Symphony performing Mozart's A Major Piano Concerto K. 488. He earned his Bachelor of Music Degree from the Eastman School of Music, Master of Music Degree from The Juilliard School and a Doctor of Musical Arts Degree from the University of Arizona. Major teachers include American pianists Earl Wild and Eugene List, Polish pianist, Mieczyslaw Munz, and the distinguished French pianist, Paul Doguereau. While serving in the U.S. Army during the Vietnam Era, he was a bandsman state-side and performed on electric piano with Dean Martin's Golddiggers and served overseas. Dr. Swan taught at Turtle Bay Music School (a community music school) in New York City. Currently, he is Adjunct Professor of Piano at Seattle Pacific University and teaches at Music Works Northwest (a community music school) in Bellevue, Washington. He is active as an adjudicator and educator. He is on the International Baldwin Artist Roster.